Professional Resume (outside of the pool) 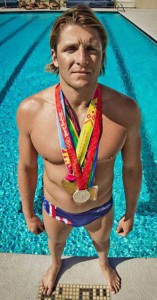 Tony Azevedo comes from a family of athletes. Thirteen relatives play or have played sports at the highest level, including professional soccer, basketball, baseball and participation in numerous Pan American and Olympic competitions.

Tony’s immediate family form what many have called a water polo dynasty. His father, Ricardo, a member of the Brazilian National Water Polo team in his youth, has led Tony as both a coach and a mentor throughout his development in the sport. He has coached around the world and is currently the coach of the Chinese National Team.