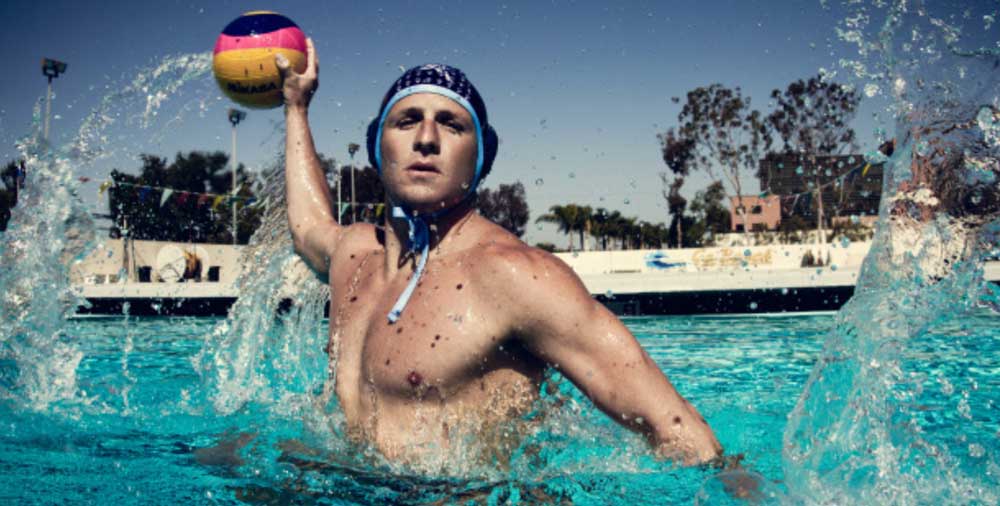 USA Olympic water polo team captain and Olympic silver medalist Tony Azevedo
is one of the best water polo players of all time.

In August 2016, Tony competed with the United States in his fifth consecutive Olympic games in Rio de Janeiro. Tony was raised in the United States, but was born in Rio, the son of a top player on the Brazilian National Team. Thus, Tony’s participation in the 2016 Games marked a full-circle return to his birthplace, and a chance to further connect with Brazil—a nation close to his heart despite his strong leadership with Team USA. While remaining a backbone of support for his American colleagues, Tony has currently chosen to play professionally in Brazil. A member of the club team SESI, he has become a powerful figure both inside and outside the pool. As part of SESI’s leadership, he travels to open new school branches in different cities across Brazil. His inspirational talks at these institutions have led many children off the streets and into water polo programs that foster teamwork and development. It follows that while Tony will always be an American water polo star, he has become one of the most prominent athlete ambassadors to Brazil. Both the USA and Brazil will follow him with great interest as he moves into a new era of his career following the 2016 Games.